The old boy is making a change….. 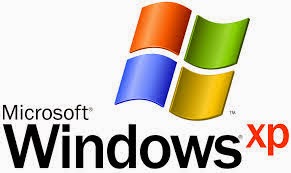 I want to first want to thank all those who commented on my last post. At the time I was making a choice of either upgrading Norton 360 for another year at a price of 60.00 or go with one of the online free programs. I received a huge amount of feed back from the blog world. There were comments sent to my blog, email and from amateurradio.com where my blog is also posted.  I have decided to go with AVast for my PC online protection. There were lots of great suggestions and I even found out about some free software I never knew was out there. Thanks again for all your feedback. Now onto the next blog post......

As most of you know Windows XP has come to an end….. and how does that affect WinXP users.....will  WinXP refuse to start up?……no it will start,  will your programs start up and run……yes your loaded program will still run. So what's the big deal you ask? The end of Windows XP means Microsoft no longer "supports" XP and if you serf the net this could be an issue as you will no longer receive security updates. (maybe you could get past this issue with 3rd party virus protection) If you are a big IE browser fan and you continue to use it you will  do so at your own risk as there is no updates.  If your XP machine is just used to run off line ham and family related stuff you are good to go…….UNTIL…..you want to upgrade to a new program as most programs may  stop supporting Windows XP platform as well. Windows XP was released in 2001 and it's hard to believe it has been around that long. In the past Windows has had some bust OS's for example ME, Win98 and Vista. If you have a PC that is not going on the net and your only going to use the programs that are on your PC I would think you could stick with XP! As for me Windows XP is really the only OS I enjoyed using and really had no troubles with. It has been around for a long time and those high up at Microsoft felt it was time for a channel change! My PC is on the net all the time both for ham radio and personal use. For this reason it is time for an OS change at VE3WDM. I chose to go with Windows 7. It has been around for some time ( released in 2009) and has good reviews, one bonus for me is you can run XP programs from within Win7. My PC will have no problem with Win 7 as the processor, ram and HD memory are well within spec's of whats required to run Win7. I have ordered Win7 and it's on it's way and my first decision is…….upgrade PC to Win7 or clean install ? So blog world give me your feedback!!