In Canada and the U.S. this is a long weekend (Labour Day Weekend) with Monday being a holiday.  I was able to spend a little time on the radio in the late afternoon a few days of the long weekend. I was able to spend a few hours on both Saturday and Sunday.  For the most part I spent my time on 20m CW and both days the bands seemed to not be too busy. As I spent some time on the radio I found the bands were not that quiet. It was deep QSB that was working its magic to drop an S9 signal just at or below the noise floor.

Having a radio with a waterfall is a great advantage and my Icom 7610's waterfall came in very handy showing me a signal before they would fade away to nothingness. I heard 4X6FR from Israel calling CQ and I was surprised he did not have a pile up. I gave him a few calls but he answered other stations.  Not a problem I would just wait it out. This is where the QSB kicked in and within a very short time I found only static and no 4X6FR!  The 7610 has 2 independent receivers which is a great advantage. In this case with my headphones I listened for a reappearance of 4X6FR in my left ear or VFO B. The right ear VFO A was scanning other signals that appeared on the waterfall. Needless to say, the station from Israel never again showed up on the waterfall, but he was still out there as he was being spotted by U.S. stations on DX Summit.

As time went on the best way to describe what I saw on the waterfall was "now you see them and now you don't" When I did tune on some DX and made contact it was touch and go to make a fast and simple RST exchange and if I felt lucky I added my name and location. I was pleased with my radio time and made contact with 4O4T in Montenegro, R5AF, SP6AEG, LZ305AI, IK5OPR and finally TZ4AM from Mali which was a new one for me. I saw him being spotted on 17meters and I decided to venture there as 20m was getting a bit slow.

The spot indicated "up 1" which meant there was a pile up and he was operating split. I skipped over to 17 meters and then landing myself on his calling frequency just to make sure I could hear him before I got too excited. There he was at S6 and I knew I had to move fast as the deep QSB had robbed me a few times from catching nice DX. I set my radio to split and dual watch which allows me to hear the DX and those who are calling him. BUT strange thing no one was calling him and my waterfall was void of signals. It could be the QSB playing games with me. So when I heard him call CQ I put my call out and he came back to me on my first call. TZ4AM was in the log and I was happy. Very shortly after the contact the deep QSB took the signal from the waterfall.

It's Monday today and I was busy getting some household chores done throughout the day. Maybe this evening I will be back on the radio and see how 40m treats me.

Back from vacation and back to my RFI......well kinda? 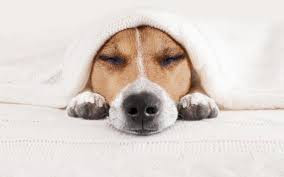 We are back from vacation and it was a last minute road trip decision which when you are retired you can do. We went back to Ontario to visit family and friends and again because we are retired we decided to stay longer than planned. The original plan was a 2 week trip but that turned into 3 weeks. I was not able to make it a radio/vacation since I sold my KX3. Looking back even I had the KX3 with me time would not have allowed really any operating. This is our first real vacation since retiring 2 years ago and it also has been 2 years since we went back to Ontario.  For a vacation trip I was shocked at how very busy we were just driving around and visiting. Towards the end of our time away I was ready to get home and relax!

Speaking of "back home" shortly after my last RFI post in July, my RFI just vanished. I did not get my hopes up as this has happened in the past but only for a few days. Well days past and then weeks and no RFI issues. Once back from our Ontario vacation I checked again and the bands are RFI clear.  As for investigating the non RFI...... I think I am going to let sleeping dogs lie! 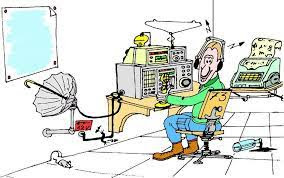 This was the first year I took part in the IOTA (islands on the air) contest and I very much enjoyed the time I spent in the contest. It was very well attended and many Island stations were there and waiting to be contacted. I found the band conditions on my end were very challenging at times with stations going from S9 to barley above the noise floor. This is one of the challenges of a contest and just makes things more interesting. I would say it was a nice change to hear lots of stations in the contest, a sure sign that the solar cycle is improving.  As a participant in the IOTA contest you can enter as CW, SSB or both and I choose to enter as a CW op.

The radio I used was the Icom 7610 with the filter set to 250 Hz with the APF (Audio Peak Filter)  feature turned on. My antenna was an Endfed multiband antenna and my power output was 100 watts. One of the memorable contact I made was Cuba. With all the issues going on there it was nice to be able to make contact with that island.

I was on the air for about 3 hours in total and made 53 contacts for a score of 5,124. It sure is not a record but I very much enjoyed my time on the radio and that's what it's all about.

They say that hindsight is 20/20 and really no matter what age you are I bet you have looked back on something and would have done it differently. My mom used to tell me that if things went along perfectly you would never have a chance to grow and learn. She was right but some decisions I made looking back if I made them differently the growing and learning would have been faster and easier. But what fun is that eh......If we all had 20/20 hindsight as Amateur radio op's how would things be different? For me, I would not have to purchase AGAIN items that at the time I thought I would never need. Also in retrospect, there were times I sold equipment for the lust of other equipment and in some cases regretted it.

Very early in my years, I had a part-time job at an Amateur Radio store called Hobbytronics (no longer in the biz). It was there I was able to purchase my first brand new rig and yes you guessed it I traded my Icom 745 for a brand spanking new Icom 735. No regrets here but it had me realize the one can trade up to bigger and better!

At the next point in my ham radio adventures, I drank the Elecraft Koolaid.....I started with the KX1 that I built and was thrilled with it when it worked. I then added the K2 (actually 2 of them) I then took the leap to a K3. The KX1 and K2's eventually were sold and the "ham bucks" were used to purchase needed items like a brand spanking new Elecraft KX3!!!  In hindsight did I need it, no not really at all the K2's were loaded and served me well both at home and portable but I WANTED a KX3. I regret getting rid of both K2's as I built them from scratch and they actually work.

Then the loaded K3 was sold for my retirement gift to me an Icom 7610. I had great success with the K3 and how it was able to be upgraded via a simple download over the internet. The Icom was the same and it too could be upgraded with the latest and greatest software........WRONG! I found out the hard way that Icom most of the time upgrades to fix issues and not to added new features. To cut Icom some slack they did just this year provide some upgrades but with Icom it's all about the bottom line and not that there is anything wrong with that. So should I had stuck with my fully loaded K3.......yes I think so but hindsight is 20/20

I was comforted in the fact that I still had ONE Elecraft rig in the shack........my trusty KX3 for portable op's and if ever my Icom 7610 went down. Here comes another regret, my PC was old and showing its age. I decided to look around the net to see how I could upgrade my PC and it turned out that this retired guy was a bit short on cash to upgrade the PC to where I wanted it. I was looking at the KX3 and it really was used for portable op's which for the past 2 years never happened. I convinced myself it was just gathering dust (regret) and so I sold it along with its accessories. I was able to use those ham bucks to do a total upgrade of the PC. Looking back it was regret to part with the KX3 but what is done is done and I do have a very nice PC.

Don't get me started on radio add-on stuff......I have sold more items than I can mention and then purchased them again!!! Ok, let's just list some:

Sold MFJ 1026 to purchase the same

The list can go on but to spare me from deep depression :) I will stop here. So what regrets/ 20/20 hindsight decisions have you made and I hope to hear from some of you so I don't feel I am the only one in this boat.