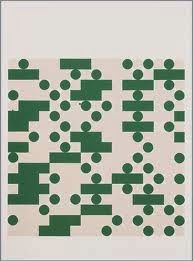 We had another cold snap hit us here with a wind chill in around -20C  it was time for some indoor radio activities. For some reason I settled in on 17m not a band that I frequent all that often, not sure why but never seem to stay long on this band. When looking at the P3 band scope the band did not look very active but as I slowly scanned across the band I came across some stations calling CQ. The first station was ZB2FK on Gibralter. There was not much of a pileup at the time when I made contact and I did receive a 559 from him and with 5 watts from an MFJ 1788 loop antenna I was very pleased with that contact. I then came across IW1DFU calling CQ again on 17m and I gave him a call he did come back to me but I had to repeat my call but again he gave me a pleasing 559 report. I then came across KH2L in Guam and he was in and out with the noise floor but I was very happy the loop was even picking him up! It was time to put the filtering of the K3 to use. I dropped the filter to 250 hz and added the Audio Peak filtering feature and that
was all it took to bring him off the noise floor and into plan old CW. There really was no pileup to speak of but some where in line before me and I wanted to wait my turn. The propagation was such that his signal was up around S5 and then just at the noise floor. This is the exciting type of DX I like to try to work, it's a challenge and it could be hit or miss. It is very unusual for me to even hear signals from this part of the world but today at times he is S5. When given the opportunity I dropped my call and hoped for the best. Have you ever had this happen.......I for sure thought he was coming back to me and it happen to be the one time he was in the noise floor but maybe I was not at his end but at a possible S5. So I came back to him..........but it was not to be it was if the static was playing head games with me and coding VE3WDMmmmmm. To make a long 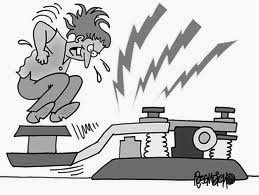 story short one of his contacts had spotted him on a cluster and then all hell broke loose!! My time was up as a HUGE pile started. I'm not saying QRP stations have not busted pileups but time was moving on and dinner was soon going to be on the table. KH2L maybe next time, I am not at all disappointed as these types of events help sharpen your skills and really allows you to become familiar with your radio.
Posted by VE9KK at 8:42 PM