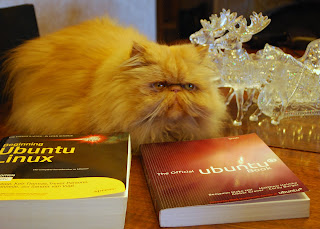 Some weeks ago I blogged that I was installing Ubuntu on my laptop as I was going to give another operating system a try. It's been over a month now and the learning curve has been slow. It's not because Ubuntu is difficult and arduous it is Bill Gates who has a firm hold on me.  We all learn new things different ways and the trick is to find how best you learn.  As for me the best way I learn things depends on what I am trying to learn. When it comes to operating systems...well.... it has and always been the Windows systems.  When one of Bill's OS's where changed there was the frustration factor of just trying to make it work. This is where I am at with Ubuntu; I have downloaded some programs and once downloaded for the life of me I can't find them. It occurred to me the other day that I am looking for these programs with a Windows mindset.  I began to head over to Youtube to check out some learning videos. The problem here was I would have to keep stopping,
trying what they said then getting back to the Youtube video and then back to the same spot in Ubuntu again. That was just a receipe for frustration as this game plan was far from smooth going. It was off to some user groups but that turned out most of the time to be a hunting trip. I would end up going to so many links that the original question was forgotten and at my age that process does not take  long.  I came to the conclusion the written word in the form of books was the way to go to solve this monkey on my back.   I hope to become more familiar with the Ubuntu OS now and get past the wall I have come up against. Over the Christmas break I will be taking a leisurely approach with the help of some books and hands on learning to get Ubuntu in check.
Posted by VE9KK at 3:31 PM