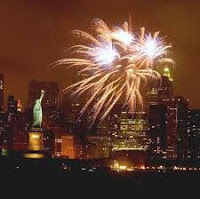 I want to begin by wishing all my American friends south of the border and up here in Canada HAPPY INDEPENDENCE day!! In Canada July 4th is not a holiday like in the United States....BUT........I had some vacation time and took today off. I was able to get some stuff done around the house but also in the late afternoon get some ham radioing in as well. I took my KX1 and ventured into the backyard from 19:00-20:00 UTC. I was not able to fit the Miracle whip antenna under the awning that was blocking me from the sun so it was the long wire to the rescue. It matched up to 1.1 with the internal tuner in the KX1 and I was running on internal batteries so the output was an earth

shattering 1.6 watts!!! I was on 20 meters and there was some action around 14.060 and I did call CQ but no answers. I then heard CQ from K0HL at 14058 I came back to him and we had an exchange of information but that was it as conditions were changing. Ken is in North Dakota and I was 579 not bad for a long wire antenna draped around the deck railing. From his QRZ page his seems to operate mobile and at times QRP. I did not get a chance to find out if he was QRP  as our signals faded from one another. It was now 4 p.m. local time and time to get dinner going and get the lunches ready for work on Tuesday morning.Below are some pictures of the setup this afternoon.