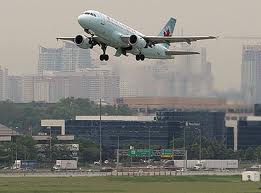 It was a fantastic trip but as most will agree it is always nice to get back home and get into your own bed again. The weather was sunny for a total of 3 days but that's fine as Julie and planned for that. The castles, Big Ben, Loch's in Scotland, century old homes and  towns, London's tube, the amazing gardens I could go on and on......in a nut shell we had a great time. As I prepared for the trip I had big plans of getting lots of on air time with my KX1. With all the traveling during the day by the time evening rolled around it was time to chill and veg.....I will say when I was in the larger towns and city's in England I did have at times bad QRN. I have read on other blogs and email lists of devices that are plugged into the A.C that cause major QRN to hams. Also there are lots of plasma TV's out there as well. So if you lump all that together along with the sun giving us troubles now and again plus not having the push button filtering of the K3 the odds were not in my favor. I now have a lot more respect for my home setup and the QRN I was upset about in the past is nothing compared to the mess some hams have to put up with in Europe. Having said that here is the log of the contacts that I did have.

This was the extent of my operations I did get on now and then but was unable to make any contacts or due to local QRN from what ever I was not able to copy anyone or anything. The antenna I used was the Miracle Whip antenna. I did make up some retractable long wire antennas  but did not have the room to use them. The KX1 was powered from the internal batteries giving me about 2 watts. The Mini Palm paddle worked just great with the rig.I found it to be very smooth and made me sound like a seasoned CW op.  In the coming days I will post some pictures of our trip. Now I want to concentrate on getting my new Alpha Delta DX-EE antenna in the attic and comparing it to the mobile whip antennas up there now. I plan to do the setup on Friday and hope to finish so I can get on the air on Saturday.  More blogging about that in the very near future.
Posted by VE9KK at 3:23 PM