What has happened to Elecraft? 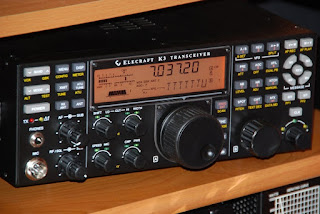 For the first time in a very long time, my radio shack is without an Elecraft product.  I was and still am a big Elecraft fan and had 2 Elecraft K2's that I built, KX1, K3 and finally a KX3. The only rig I had left was the KX3 and a short time ago that rig was sold off. As with most hams sold equipment becomes ham bucks for new things. I may regret selling my KX3 but at this time that has not happened.  I really needed to upgrade my PC and it was the KX3 funds that allowed me to do that.

I was on the internet this afternoon and wanted for old time sake visit the Elecraft website and what I found was shocking! I went to the order/shipping status page as I was feeling the fuzzies for maybe another K2 to build.  I saw the K4 and its ongoing status update link but then I saw "K3S no longer available" I took a double-take! That was the flagship of Elecraft.  It gets better......the K3/K3S add-on kits are for the most part " availability TBD" so much for an upgradable radio.

Then there were the back orders KX3, KPA100 amp,  KX2 and K2. I am not sure if it's COVID that has put things in a tailspin but as an Elecraft fan, I was shocked to see this.