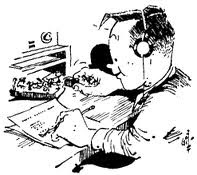 The IARU 2012 contest has come and gone it was not without atmospheric grumblings. High solar wind at times over 700, Kp index topping out at 6 and this being the aftermath of the class X flare last week. On a brighter note (no pun intended)  the sunspot numbers are up along with the flux readings.

So how did all this solar mumbo jumbo affect the contesting goals at VE3WDM?? My first goal and last goal of having fun and enjoying the contest was accomplished. As for adding to my DXCC count I only was able to grab one DXCC. The spotting networks were alive with South Pacific and Asia but at VE3WDM nothing at all was heard. My openings seemed to be centered around Europe with the occasional South American tease.

This contest for me was not about gathering points and contacts. It was taking advantage of a large amount DX and working them with the least amount of power as possible. This meant the contest was slow going and not worrying about total contacts and points. 99% of my contacts were made with QRPp power and some with QRP. Each potential contact started with trying to make the contact with as little as 50Mw's. I had to stop at 50Mw's as my LP100A meter will not measure any lower power output. Back when I ordered and built this meter I never thought I would ever be operating as low as 50Mw's......my thinking was "an attic dipole antenna at QRP of 5 watts I am pushing it" funny how things change over time. I have a device on order that will allow me to measure power output into the nano watts...not that I will ever go there......but you never know!! I was not able to top my all time miles per watt high of  45,868 well maybe next time.

Here's a question that may come up:

If your metered power level doesn't agree with your calculated power, which one will you believe?

For example, you're putting out 100mW and then throw in 6dB of attenuation. You now expect to see an output of 25mW, but instead your device indicates 31mW out, representing 5dB of attenuation rather than the 6dB you've selected.

It is entirely possible (a certainty, in fact) that both your attenuator and the nano-wattmeter will respond differently on 80m than on 10m.

We deal with this at work all the time by calibrating our attenuators at specific freqs and freq ranges. Typically an attenuator will have a curve that describes its characteristics across a range of frequencies. Theoretically you could make such a performance curve for your attenuator...assuming you have faith in the power meter!

Good evening John and that is a great question. What I am doing is this... I applied a certain amount of dB and yes in theory the output should be "X" amount in a perfect world!! But the resistor values in the Attenuator may very at times from heat they develop, connector and coax loss as well as the resistors values themselves are not all right on their values. All this and other things goes into the soup pot and then you get the output I see on my LP100A meter. This meter was sent back to the factory for calibration and is supposed to be within 3%. So I will go by the reading of the meter but then there is the losses due to the SWR and coax run etc. This new meter I am told is around the same accuracy. Very good question for sure!!

Mike,
Accomplishment well done! The storm created difficulties that make our stations and operating skills a little stronger going into the next event. Keep up the great work.
73, Scot KA3DRR

Good evening Scot, yes the storm did provide some fun times and over all the contest was great!
Have a good week.

Hi mike, nice to see another low power contest enthusiast :)
Congratulations on your achievements wih such low power. I play contests from QRP to LP level and recently I am really having fun with SO2R.

You can see some of my lates results in my blog:
http://ie3802swl.altervista.org

Hope to meet you on the air soon

Good morning Stefano, yes I have found running QRP in contests is great and I am very surprised with the results one can get with low power. I have 2 rigs and have not yet taken the SO2R plunge as of yet. Very nice blog as well it has been added to my blog roll. I often make contacts into Italy so it' just a matter of time before we touch base. Have a good week.