The bandwidth on the Alexloop. 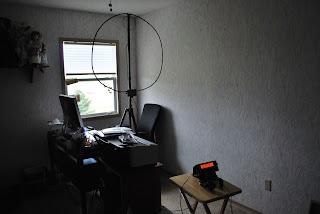