I had heard of this contest in the past and to tell you the truth if I did not own multiple Elecraft radios I most likely would of pasted this contest by. I wanted this year to give it a go with my K3 at 5 watts and not use the macros that N1MM contest software offers but go LIVE CW!!! The contest by no means is a CQ WW CW caliber with thousands of stations competing for top spot. In a way it's kinda like the contests I dread to go into...the "sprint" contests. In these contests you have lots of information that has to be pasted along.
For example an exchange in a sprint contest can be as follows:


You must send the following information...the other stations call, your call, your serial number, your name and location (state, province or country)
A exchange can look like this  K7GM DE VE3WDM 146 MIKE ON K...this may not look to bad in written form but try it at about 25 or so WPM CW. 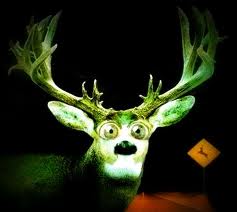 For me when you have lots of information to pass along and it's CW I experience the deer in headlight syndrome. The EQP contest helped me build up my confidence as there was not as much information as a sprint but but close. Also with this being a small contest if you just scan the band for contacts or search and pounce as it is called you get board very fast. So I plunged right into calling  CQ EQP there was no pileups but it does keep you hoping when two or three op's are waiting in line to contact you.
So for the short time I was in the contest here is the results

All but one contact was State side...my DX contact was F6HKA and it was not with out me asking for some repeats of the information. During the slow times I made some contacts in other contests that were going on over the weekend...point giving.
Posted by VE9KK at 4:48 PM